This post is the third part of my notes from the lecture about kernel exploitation of pwn.college[0]. Read the previous post first: 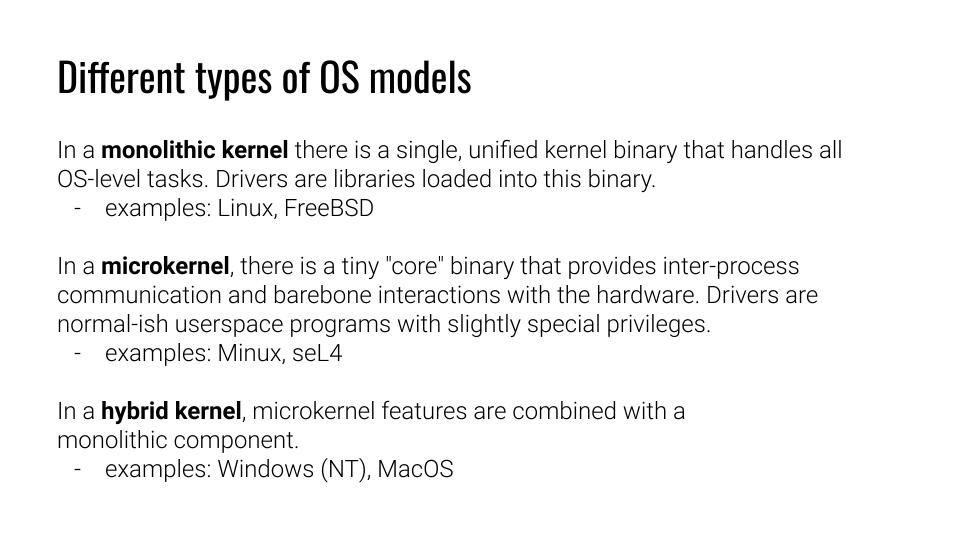 We continue on the different types of architecture or philosophy of kernels:

How does this matter to us? Because Linux allows exploitation of faulty drivers to gain higher privileges!